​"'I would have perished, had I not perished' still is and will be my life motto. This is why I have been able to endure what long since would have killed someone else who was not dead."  ​--Soren Kierkegaard Journals and Papers. Hong & Hong, eds., 1978, v.6, pt.2, p.9. 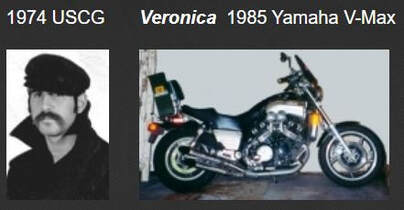 K D served four years in the U.S. Coast Guard from 1973-77 doing SAR (search and rescue) and ATON (aids to navigation). With his veterans benefits he went to college:  B.A. in philosophy, Azusa Pacific University; M.A. in philosophy of religion, Denver Seminary; 2nd M.A. in philosophy, Syracuse University.
It was during his college years that he began writing. He finished his first short story "The Chairs" in 1984. In 1989 Dave started his first novel titled Creatures of the Heart. Since then he has finished eight novels, six science fiction and two historical fiction. Dave recently finished his 7th novel, 3rd in the series of The KillWare Chronicles, The Accidental Prisoner, and 8th novel, 3rd in the series of The Creature Chronicles, Space Leviathan. He's presently working on KillWare IV.
Over the years he has published book reviews with a number of arts magazines, and lectured in philosophy of art at art colleges and galleries around the Puget Sound. Dave has also edited, transcribed, and ghost-written material for other local writers and artists, and periodically managed numerous newsletters for non-profits, and local organizations.
​Dave's amazon.com K D Kragen Author Page.